I’m seeing these little ottomans everywhere. Sometimes they are rounded poufs, while other times they are more like soft cubes or extra large floor pillows. No matter the shape, they are clever little punches of color that double as foot rests and extra seating in whatever room you use them.

I first spotted these in the Pottery Barn catalog, but I wasn’t ready to spend that much on something soft that might will most likely be chewed apart by our labrador. I can’t tell you how many pillows I’ve sewn since his arrival and I just knew those bean filled cubes wouldn’t make it a month before a corner was missing and stuffing spilled out.
So I went a cheaper route.
Walmart had these little gems for only $15! I figured this small investment would be worth a try. They were firmer than a pillow but still had a little cushion on top. They had an ugly plain canvas covering that I knew I could fix in a jiffy. I bought two of them.

Oh, and don’t tell Walmart about this photo… they are afraid you’ll find a better deal elsewhere and therefore don’t allow pictures in their stores. I may or may not have been told that I wasn’t allowed to take pictures inside the store on another occasion. Shhh.

I’ve said this before. I’m not the world’s greatest sewer. Think self-taught, impatient, shortcut-taker sort of sewer, but I get the job done. And I love the POWER of knowing I can change anything with fabric on it.
My living room boasts mostly neutrals right now (gray couch, khaki walls, creamy carpet, hardwoods) so I’m trying to bring accents of mustard and beachy blues. I chose this fabric because the pattern was a little busy and it wouldn’t be as noticeable if I didn’t line up the pattern (as it might if I went with a geometric style). Remember, that’s how I roll. Sew it up quick or I just might give up on it.

I washed my fabric first then simply laid the fabric over the cube wrong side facing me and pinned it up at the seams for sewing. (sorry, I forgot to snap pictures during this part)

I did go for a little accent that I have never tried before – a ruffle. Again, I didn’t measure, just gathered the fabric every so often and sewed. Oh sure, I watched a YouTube video first on how to make ruffles, then decided I didn’t want to spend that much time on it. Since it was near the bottom, I figured it could be a little off here and there. I’m not entering this in the state fair. I sewed the ruffle to the outside of the bottom hem.

Once sewed, I just slipped them over the ottoman. They are washable too – which is a bonus in our house.

I love how they turned out. Simple seating and foot rests that bring a bright pop of color into our living room decor. Quick fix that didn’t cost a heck of a lot. I love that kind of DIY.

This little guy LOVES the new sitting area. That’s because sometimes the furniture is used more for acrobatics or playground equipment rather than sitting, but you know… I live with a few monkeys. 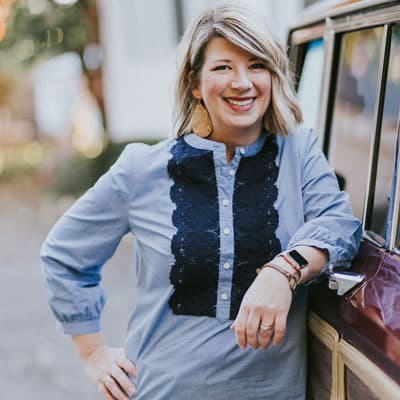 Hi there friend!
I'm so glad you're here. My name is Kristy and together with my husband Corey, we are DIY enthusiasts restyling our 1914 Indiana home and hunting for architectural salvage. We love sharing eclectic home decorating ideas for your vintage finds, retro furniture rehabs, and savvy advice for restyling your home - we're creating champagne style on a beer budget. Read More! © Kristy Robb and Robb Restyle, 2021. Unauthorized use and/or duplication of this material without express and written permission from this blog’s author and/or owner is strictly prohibited. Excerpts and links may be used, provided that full and clear credit is given to Robb Restyle with appropriate and specific direction to the original content. Please only use one picture with a link back unless individual permission is given otherwise by Robb Restyle. Full disclosure here.